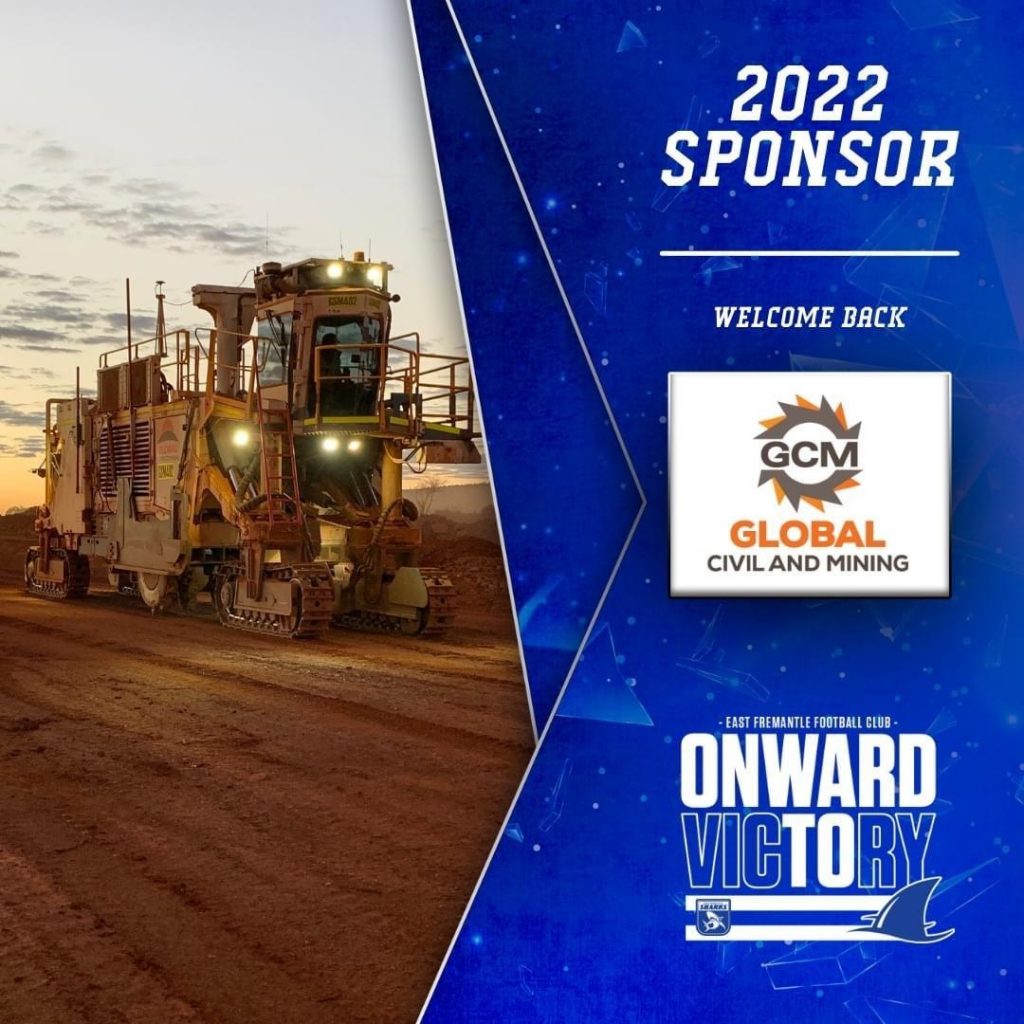 Global Civil and Mining are excited to be supporting the East Fremantle Football Club Sharks and their important community work in the Mid-West region! 🏉

Established in 1897, The East Fremantle Football Club has a proud history in the Fremantle, Mid-West and wider WA community. EFFC are one of 10 teams in the State League the WAFL.

The club has a strong history of success with 29 premierships and 58 grand final appearances, the second most successful State League Club in Australia.Since the advent of the AFL, East Fremantle has had over 100 players drafted, including three Brownlow medallists: Ben Cousins, Shane Woewodin and Simon Black.

The EFFC consists of 3 teams that play in the WAFL state competition, fielding Colts (U18), Reserves and League. team. They also have a large Development Squads aged 14 through to 16, both in Perth and the Midwest.

East Fremantle FC is a not-for-profit organisation that also works with many charities, schools, and junior/amateur football clubs to assist our greater community, develop youth, and promote a healthy lifestyle.

GCM’s partnership will assist the Sharks to deliver their Mid-West Player and Coaching programmes, Shark Pack Development and invest in our Mid West Zone.