Client: Rio Tinto | Location: Lake MacLeod, Western Australia
After changes in the price and supply of Salt drove the re-opening of the Lake MacLeod Salt Mine in Carnarvon WA, Rio Tinto discovered a number of the previously closed Salt pans had dried and hardened significantly during the time they were decommissioned, and mining the mineral had become uneconomical with their traditional equipment.

GCM were contracted on a campaign to assist with the removal and rehabilitation of these hard pans, to allow for fresh growth and continued future production. In addition, the use of a Surface Miner would free-up their harvesting equipment for Gypsum mining during the rehabilitation process.

GCM prepared a 2500SM specifically for the Salt exposure, and mobilised it to site with conveyor loading capabilities to suit Rio’s specialised road-train trucking fleet.

Over a period of months onsite, GCM worked with DSL to finetune the milling process, and made several significant modifications to the Equipment and Process to ensure the produced product from the hardened pans was still suitable for processing and sale. Several pans that had proven too hard for the Harvester, Grid Rollers, Graders or even Dozers to mine were successfully milled by the 2500SM in a matter of days.

During the 40+ days campaigning on site, GCM produced over 225,000 bcm of salt with an excellent instantaneous production rate of nearly 600bcm/hr. Mining with GPS guidance produced a level floor perfect for regrowth, and the job was completed successfully on-time and with a perfect safety record. 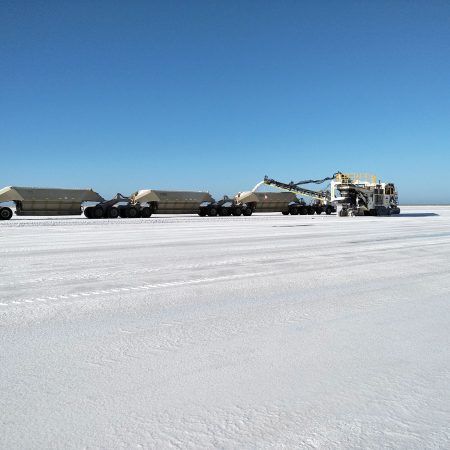 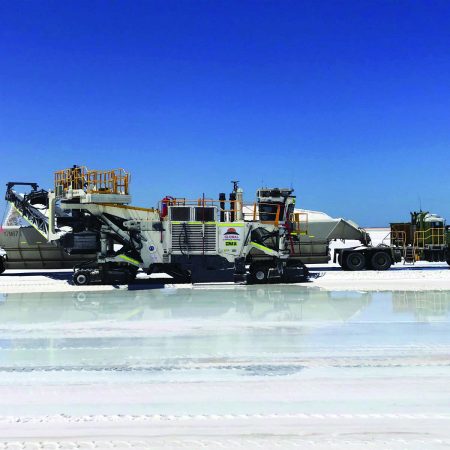 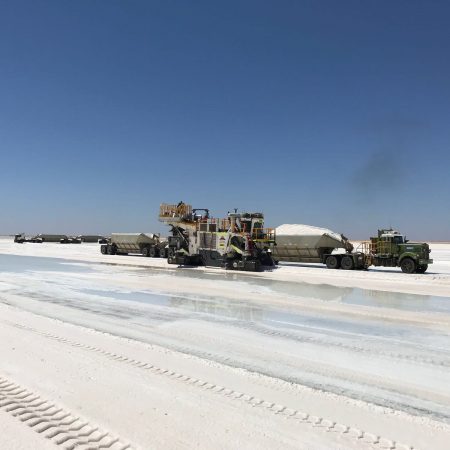